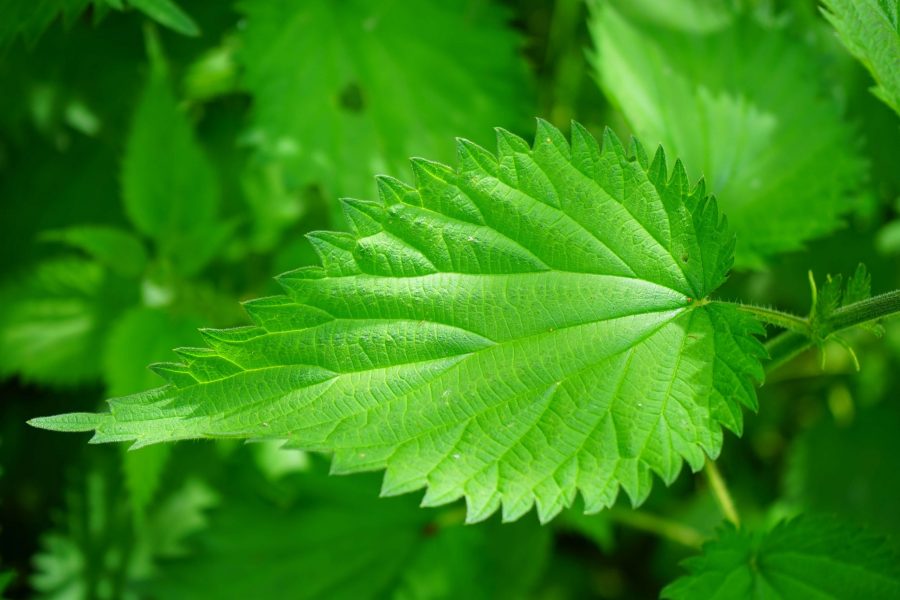 Nettle is a common plant found in untouched areas where the ground has been left to go wild and without chemical use.  It may be considered a nuisance by some, due to its formidable sting afforded by its formic acid content(same found in ants!) and also because it is seen as an annoying weed.

This is far from the truth as Nettle is not only a great medicinal herb but also a nutritive plant.
The nutritive attributes are manifold as Nettle contains a very high content of Iron and Vitamin C in its leaves. So much so it can be used for iron deficiency anaemia and as a vegetable or tea to supplement our daily iron intake.

As well it contains an abundance of other minerals including Silica. Silica is a useful substance and adds strength to lungs and kidney tissue, as well as enhancing the strength and lustre of hair and nails.  The arrival of Nettle in spring would have been very welcome by rural folk who knew the nutritive value of this plant. Furthermore they would have been aware of its blood cleansing properties and combined with dandelion leaf and cleavers would have used all to enliven the body and rid it of toxic accumulation, after the sluggish winter months.

Today herbalist uses Nettle on a daily basis for its valuable medicinal functions..

Stimulating the peripheral circulation.
For is diuretic effect in enhancing kidney function and ridding the body of toxins.
For its cleansing action particularly suited to skin conditions.
As a remedy for arthritis and painful joint disease, including gout.
For benign prostate enlargement.

In order to augment biodiversity in the garden, a patch of Nettle should be encouraged as it is an important food for butterflies, in particular, and other insects which in turn are a food source for bats. Herbs such as Nettle encourage and preserve the interdependence of the natural world for continuing survival of this rich source.