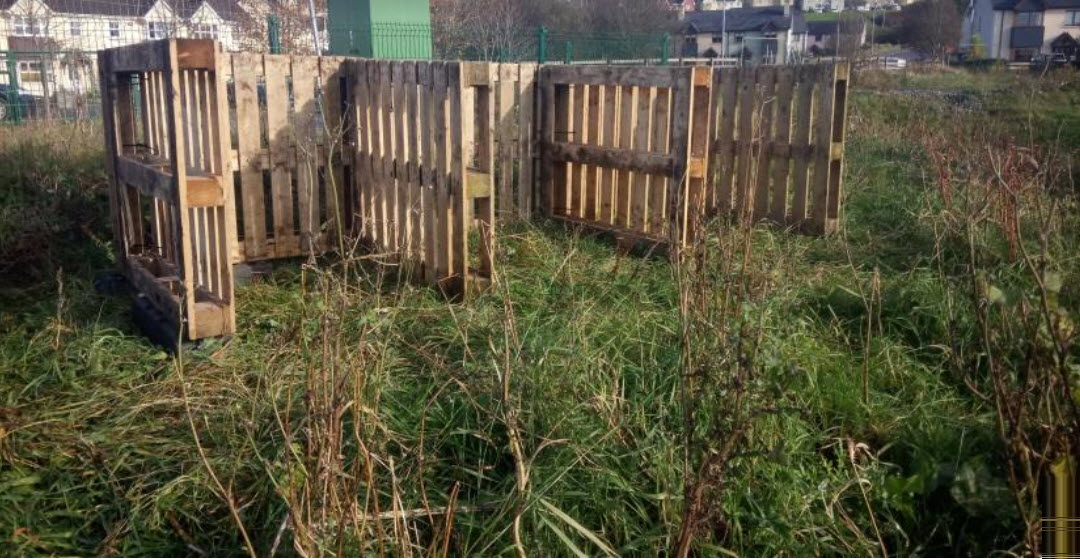 A 3-bay composting system for the Community Orchard

The volunteers at the community orchard have been busy building a 3-bay composting system for the gardens there. This system handles a lot of garden waste and is a good way to produce your own compost. Fresh cuttings and garden waste are added to the first bay and as they rot down they are turned and moved into the next bay until finally the rotted compost is ready in the last bay for use in the garden.

The community orchard plans to host a composting workshop over the winter at the orchard so keep an eye out for details. 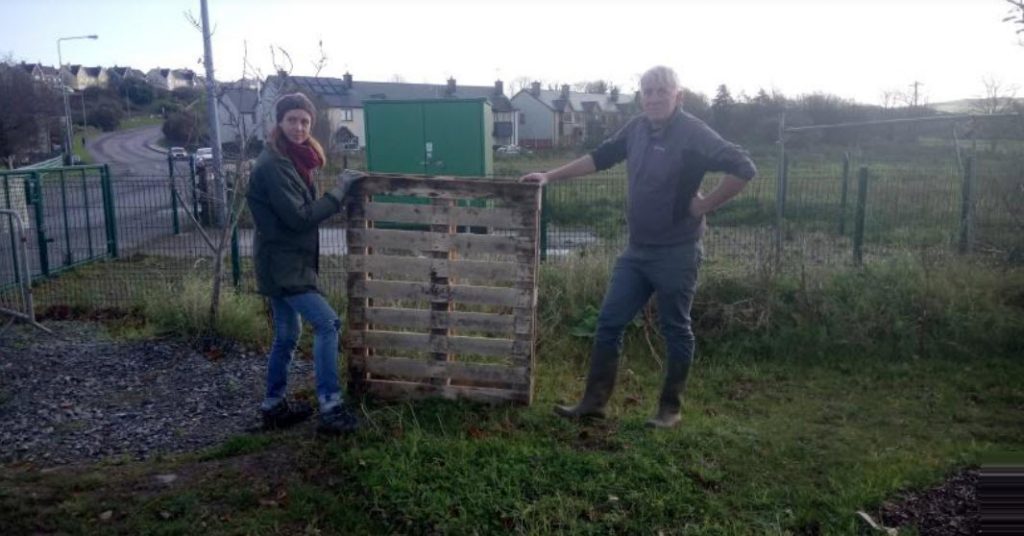 Composting is good- info here from One Green Planet

Most people buy compost for their own potting needs, however in the words of expert composter John Cossham, ‘Home compost is always superior.’ Commercial methods of composting require the use of oil-reliant machinery and a sped-up method of oxidising organic matter at a high heat to get it to break down quickly. No fungal decomposition is involved in this process. Through the slower and more traditional method of composting at home, there is more assurance that everything has been well-broken down by the fungi and bacteria.

3. Composting is good for the land.

Everything you compost at home becomes a thriving habitat and nutritious fodder for an entire population of bacteria, bugs, worms, fungi and creepy crawlies, and what they leave behind becomes nourishing fodder for you plants. The amount of methane emitted through a well-managed compost heap at home? ZERO.

Composting is nature’s way of recycling, found in ancient woodlands and other natural soils across the world. It uses a natural process that still occurs worldwide to produce rich degraded organic matter, also known as humus. This humus provides channels for air and moisture to get into the soil and other gases to get out, eg respiration gases from fungi and insects. Soils with organic matter in them allow mycorrhiza fungi to form a network between different plants in order to facilitate nutrient exchange, and perhaps even communication exchange — but that’s another topic altogether.

Composting is the active breakdown of foods and other materials through an organic process. The ‘waste’ matter becomes as rich as the nutrients you put into it, and compost made from a variety of ‘waste’ materials usually harbours vital micronutrients. You can test this theory by conducting the following experiment. Pot one plant into garden soil and another plant into garden soil mixed with compost. The outcome? The plant in the partial-compost will grow visibly larger than the purely soil-based one.

4. Composting Helps You to Embrace the Natural Cycle of Life and Decay.

Environmentalism is at times heavily focused on the idea of ‘waste,’ because it is such a key issue to the health of the planet. However, ‘waste’ is a human concept and also a human problem. In nature there is no waste, as every living thing serves a greater purpose than its own lifespan, and contributes to the growth of something else. It’s easy to forget this crucial fact, but when you delve into composting your own ‘waste’ you learn to appreciate the cycle of life which involves decay and new growth in equal measure, and you come to understand that everything has a place in the world.

5. You Can Compost Anything that has Lived or Grown Recently

San Francisco is a city that aims for its citizens to live within their means when it comes to ‘waste’ production. In addition to its high recycling rates, the city can also fine citizens found guilty of throwing food in the rubbish bin. This ordinance was introduced with the understanding that landfill-bound waste could be reduced by up to thirty per cent through instigating composting. However, this figure is dependent on the wide-spread idea – and myth – that many types of waste, including certain types of food, cannot be composted, which is simply not true. In fact, you can compost anything that has lived or grown recently. You can compost anything that hadn’t fossilised, as well as types of latex rubber such as marigold gloves, hot water bottles, and latex condoms. There is endless and conflicting advice regarding which materials should not be composted, but evidence behind the suggested reasons is only theory-based, unclear, or murky at best. Cooked foods are said to attract rats, however this can be avoided by digging the compost bin into the ground, ensuring that it has a well-fitted lid, and- if rats really are a problem- burying food waste under a thin layer of the compost that is already in the bin. Many items of decaying food apparently smell bad when they decay, however this can also be remedied, as compost that smells requires more dry materials, e.g. paper, card or twigs.

Composting requires very little work and resources and it has a huge positive impact on the environment. It creates excellent new resources, and in my experience it can encourage even the most stubborn anti-green individual to take part in making a difference. And that’s why it’s the greenest thing you can do for our planet. 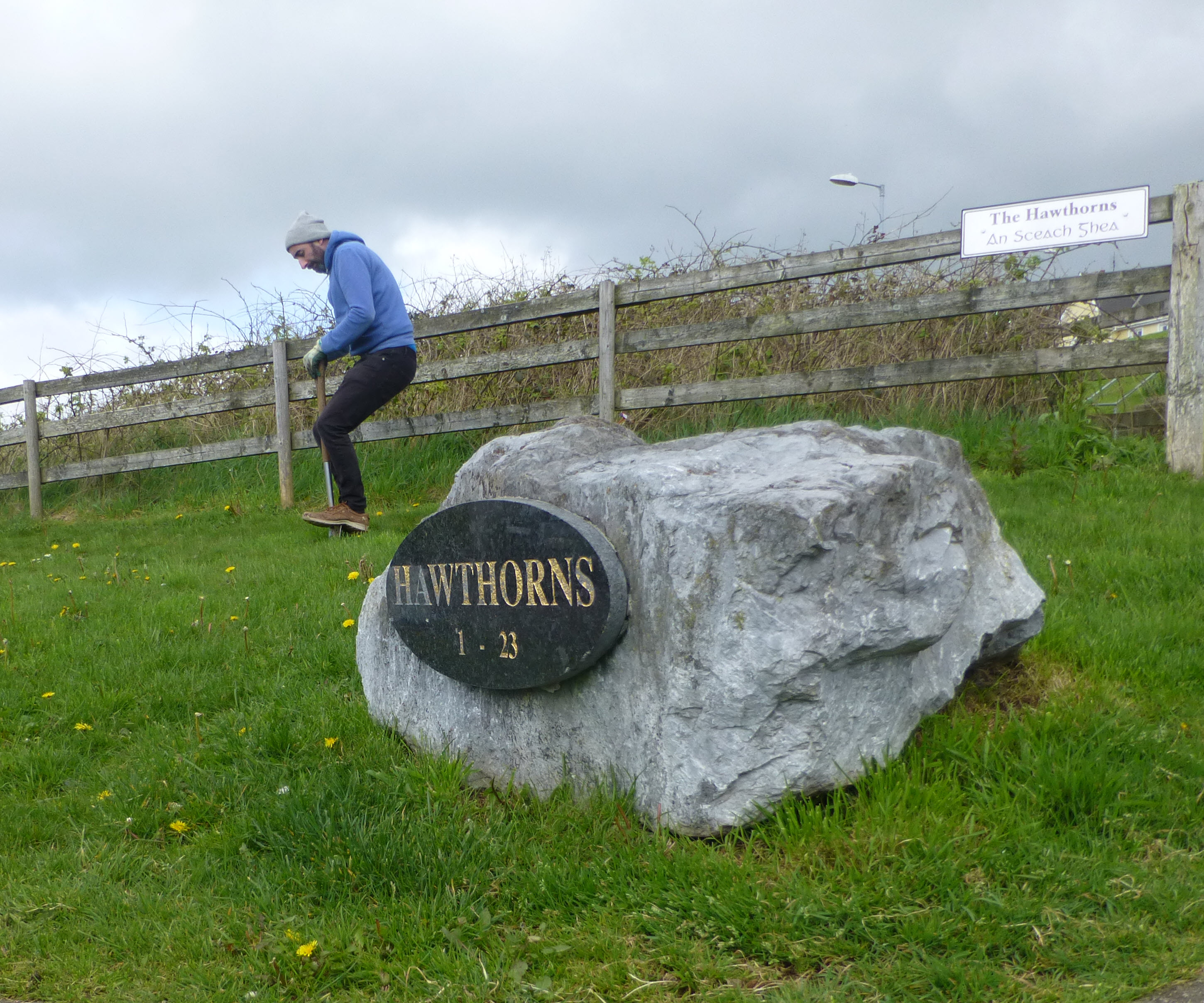 The plan to plant 2020 apple trees in Skibbereen by 2020 had to start with the first tree.  Sponsored by the West Cork Garden Trail some fine trees were bought at Deelsh Gardne Centre and a gang of volunteers turned up to plant them outside the Hawthorne’s estate on the way up to the new school. 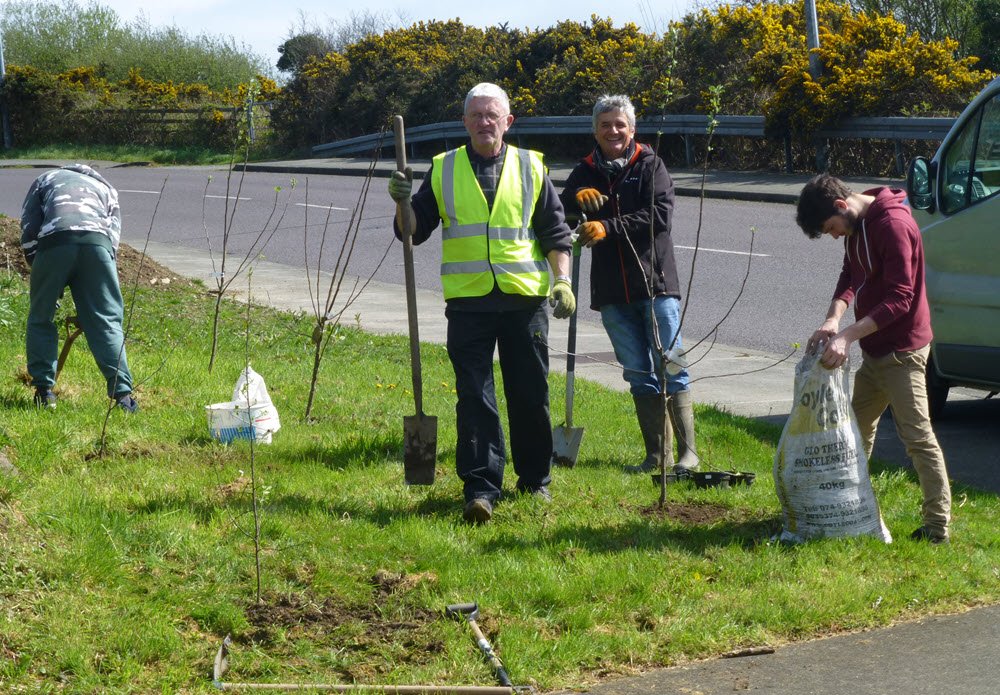 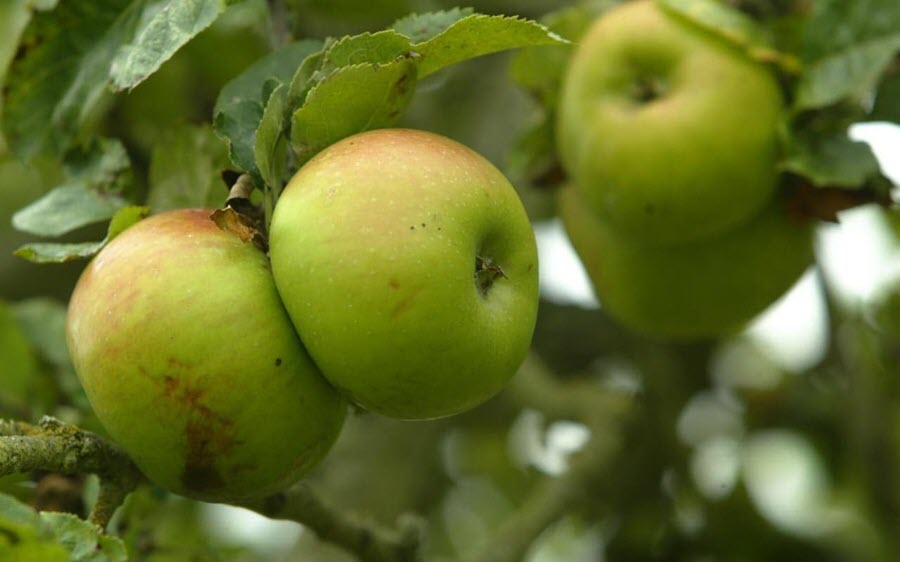 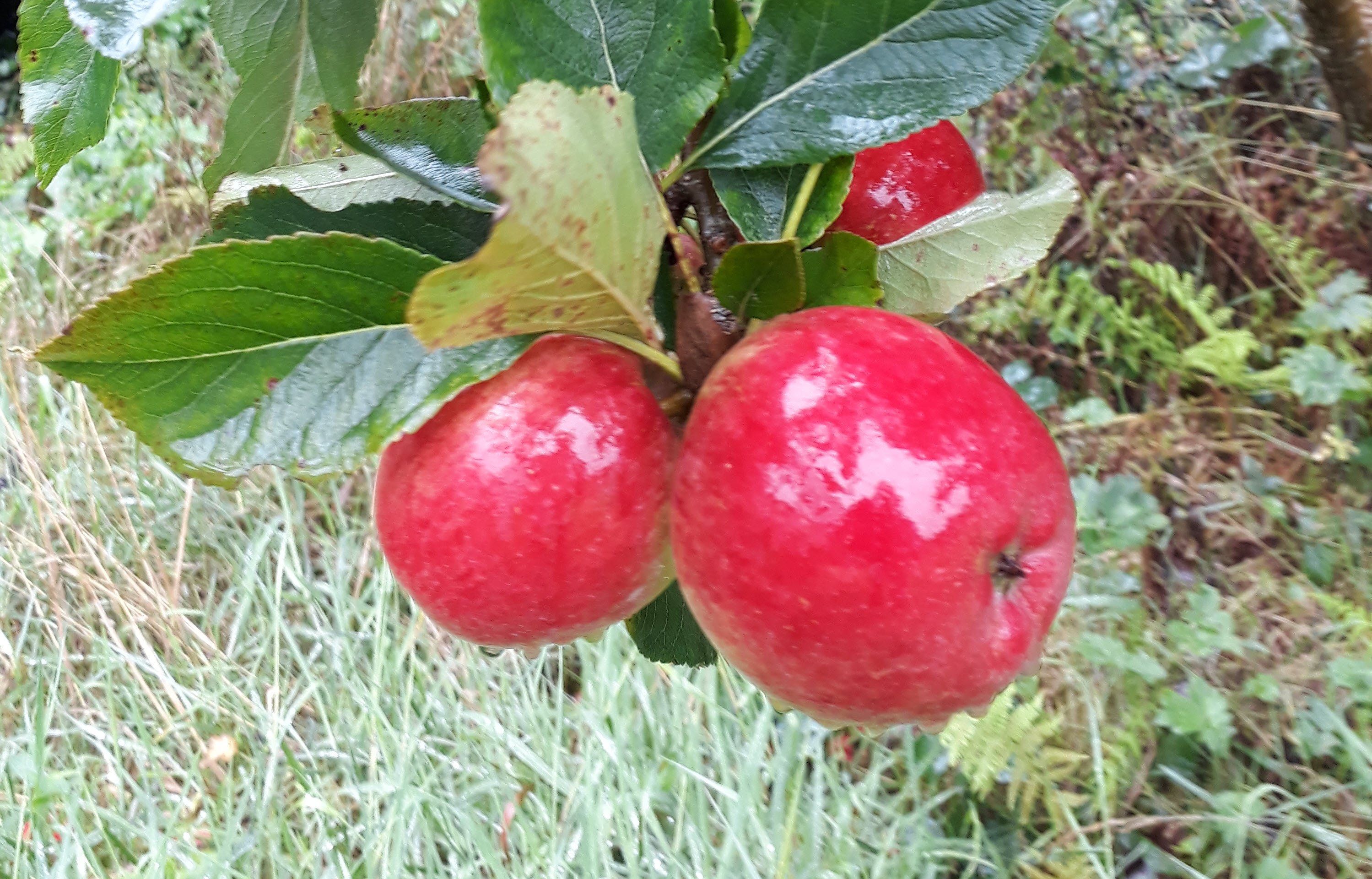 Great certificates issued for Apple town to schools.  Children sponsored a tree and planted it in the town- at home, at school or in their estates. Certificates designed by Jenny Dempsey are given to all Apple Town planters! 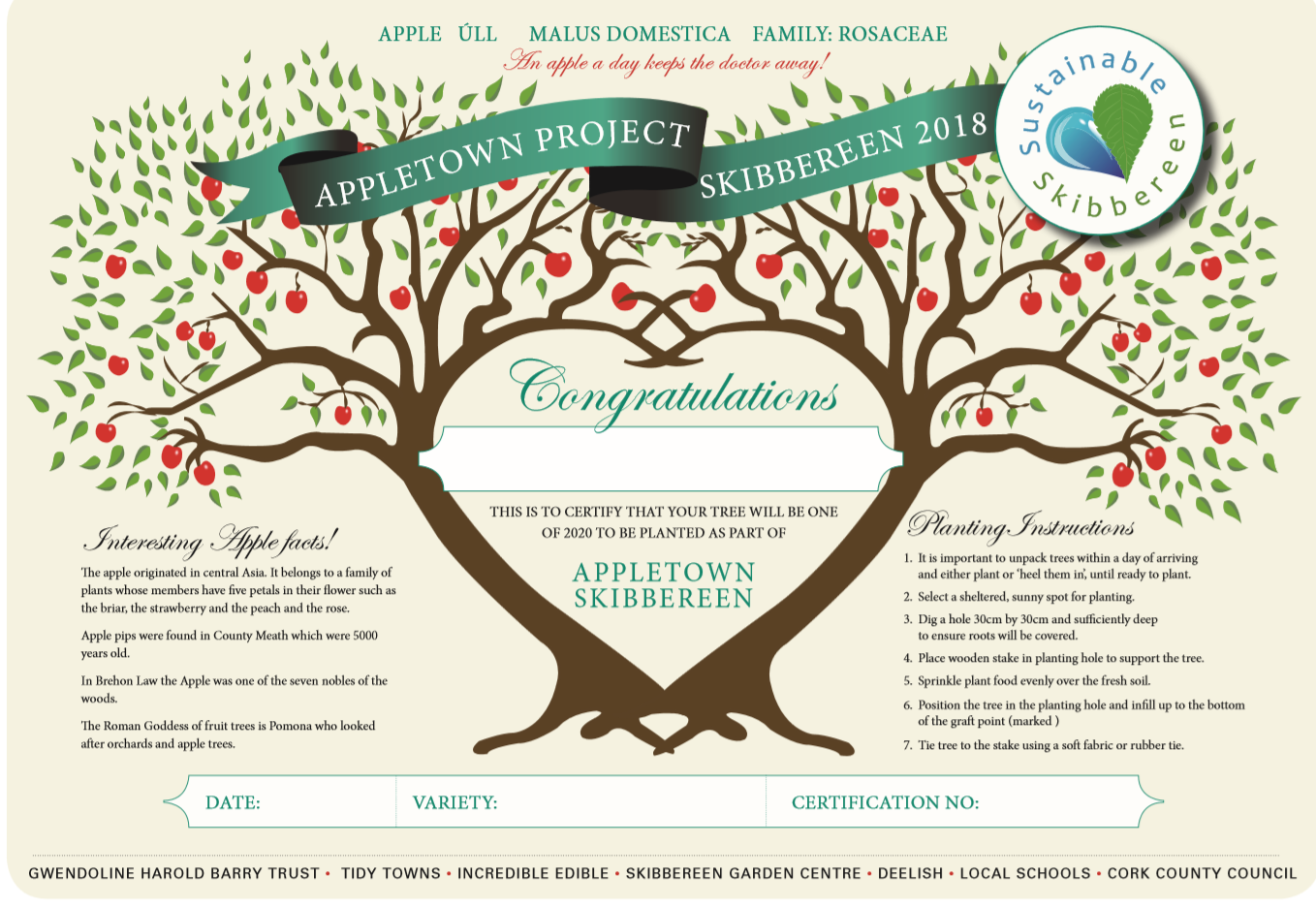